The Future of Computing: How Mixed Reality is Changing the Way We Interact with Technology

The Future of Computing: How Mixed Reality is Changing the Way We Interact with Technology

It's 2030 and the way we interact with technology has changed dramatically. Mixed reality devices have become commonplace, and they've changed the way we view the world. With mixed reality, you can now project realistic, interactive 3D objects into your real environment. This has made many physical devices obsolete, including television and computer screens. In this vision of the future, everything is controlled by virtual hardware that exists in our environment.

The introduction of incredible photo-real mixed reality devices, which project light particles (photons) directly into your retina-enabled technology to project realistic and interactive virtual 3D objects into your real environment, made a lot of physical, and technological devices obsolete. For example, around 2025, television and computer screens became virtual screens directly projected into your eyes, and many of the physical hardware devices that controlled our environment became virtual.

The screens of tablets and smartphones are now directly projected into your eye, and the processing is done in the cloud, so they became obsolete a few years ago now. Now you even have (as do most other people in the world) a personal holographic communication device (the HCD replaced smartphones about five years ago). It feels so different interacting with your HCD now because it feels very intuitive and natural. The device itself has almost been virtualized and dematerialized and instead of a lump of something we need to carry in our pocket, our HCDs are much more stylish. 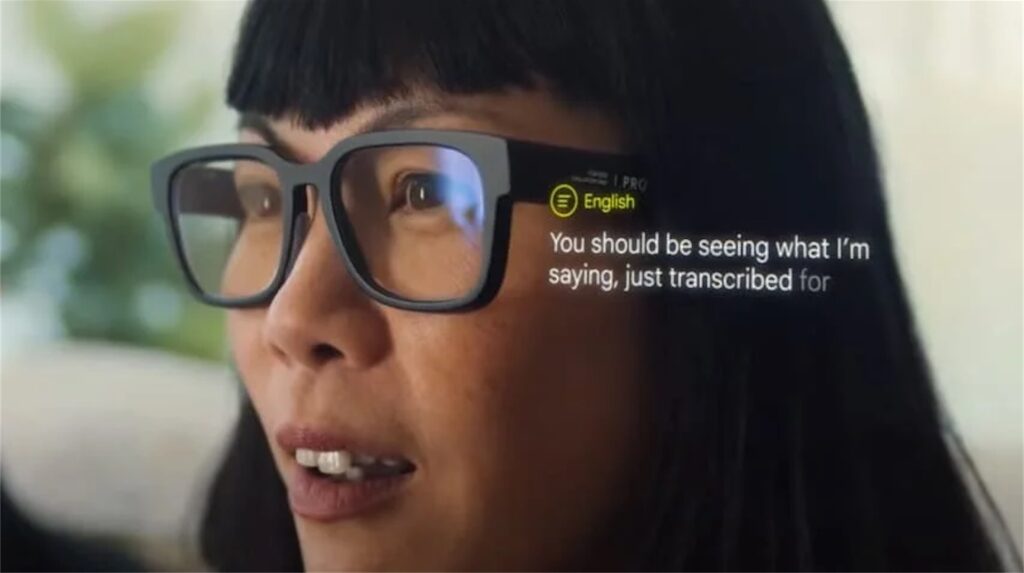 Directly projected into your eye

The ones due out next season include HCDs hidden as part of stylish glasses, fashion, and even jewelry. Modern HCDs project light particles right in your eyes, and as a result, you see virtual reality holographic 3D objects projected and blended seamlessly into your physical reality. The projections are so real that sometimes you can’t even distinguish the difference anymore between holographic objects and real physical objects unless you choose to.

These holographic objects vary, from virtual monitors and TV screens that display practical information to thirty-meter-high dinosaurs that walk in your backyard just for fun. We can interact with these virtual objects like they are real objects, but with the endless extra interaction possibilities that virtual objects provide. The best part of these communication devices is that we don’t communicate through these devices as we did with our smartphones in the past when our smartphone screen was the medium. These new HCDs let us communicate with other people around the world as if they are really next to us in flesh and blood so the device itself (technology) is not standing in between us anymore. 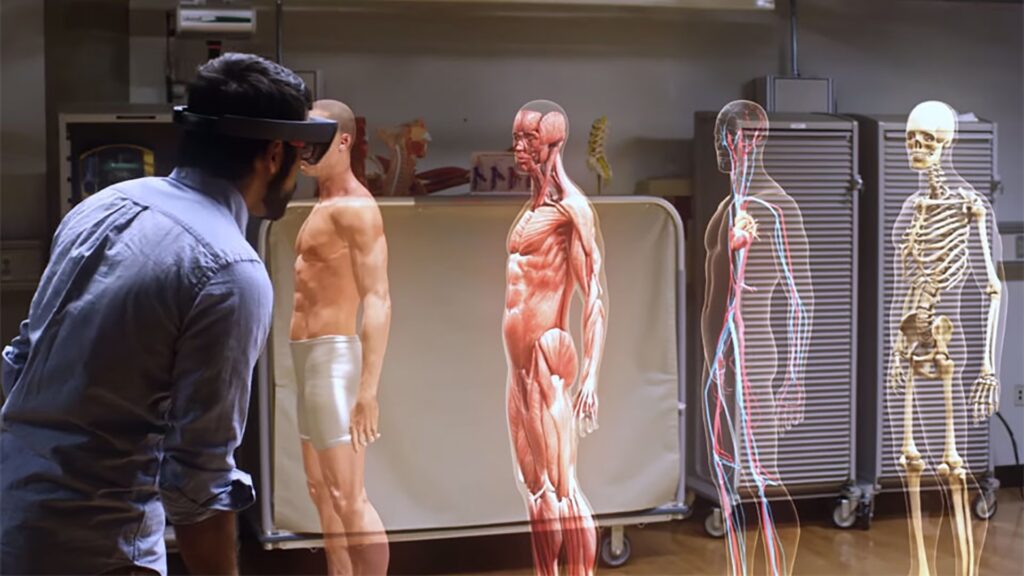 I believe that it’s when technology becomes natural like this that it will have the biggest impact on people and society. The communication devices render a complete holographic world onto our physical world that people can only see if they have their device enabled. This holographic world can be universal, or tailored completely to individual needs and preferences. For example, through these holographic devices, you can see buildings that are not there yet or people that are virtually visiting your town from the other side of the world.

It is now possible to share fully immersive experiences that involve almost all of your senses. You can record your experiences with a head-mounted communication device in ultra-high resolution. What you see and hear and smell is an experience that can be recorded and shared in the way that people shared videos on YouTube in the early twenty-first century. People can ‘live’ your experiences as if they were their own, and you can ‘live’ theirs too. As so many of your senses are involved, your brain believes you are actually experiencing these VR recordings, and it’s given all of us a whole new perspective on life. You can now experience almost everything you can imagine.

If someone has experienced it first-hand and shared it online, you can too. Live broadcasting has also improved. You can also real-time share your presence or experience with other people, like a live broadcast. It started with live streaming on social platforms a few years ago and has grown from there. Just imagine being able to experience what a #1 football player is experiencing during a World Cup match, living the experience in real-time, and living in the moment! Livestreams have even more impact than recordings because someone else is experiencing it at the same moment. In fact, there can be millions of people who can have exactly the same experience at the same time. 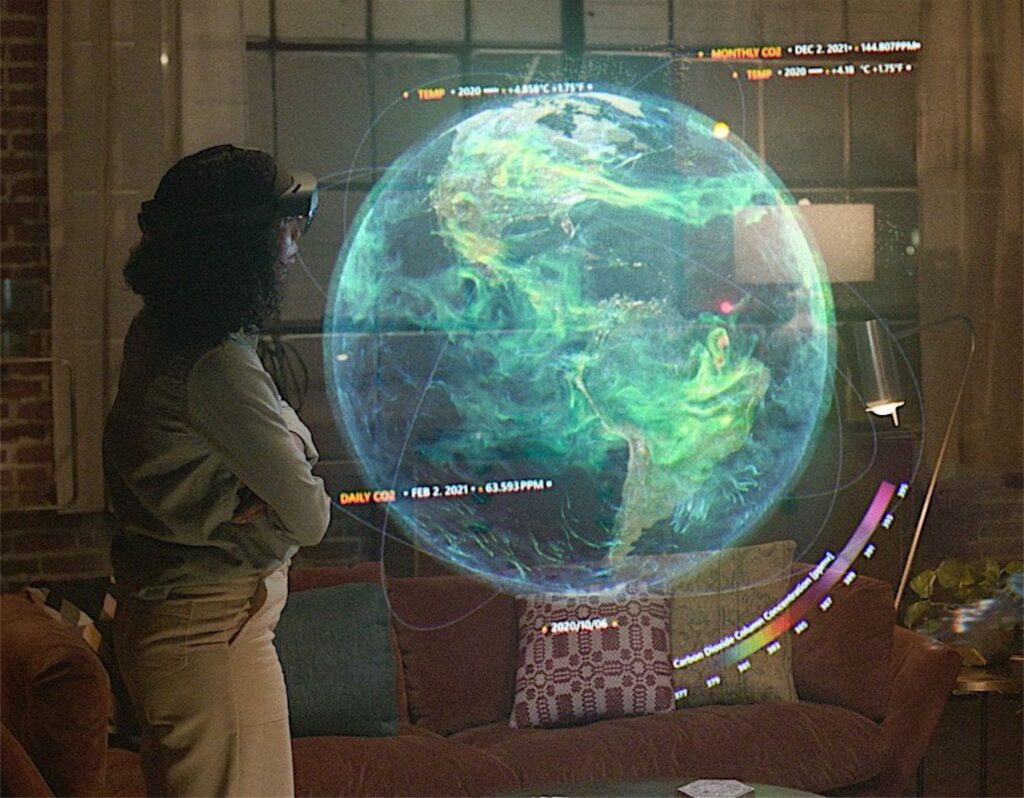 It could change everything

In the same way that a crowd in a sports stadium feels the atmosphere and the power of a group, AR/VR will be able to do the same thing and make these shared experiences more powerful and emotional. Want to live the life of a rock star? Maybe you want to test out the life of an athlete or a movie star? Then tune in and test it out! Shared experiences and being ‘virtually present’ is so enjoyable; as well as being great entertainment, it’s easy to forget just what a powerful learning tool it is.

Just think of how this shared experience gives us the chance to eliminate negative experiences too. Imagine if we could experience the lives, experiences, and interactions of other people who have a more difficult life than we do. Things could be so different. Imagine what it would be like to be in a minority, a misunderstood group, or maybe you are being bullied or pushed around? Then you suddenly have the chance to share what it’s like to live your life. You could allow people to see life from a different point of view. It could change everything.

Imagine the power that true experience-sharing could have on our skills and abilities to model and learn from the best of the best. With this technology, you can tune in to the best person in the field and really see and feel how they do what they do. If you want to learn something new, all you have to do is tune into the experience or presence of someone that is the very best in this specific arena. 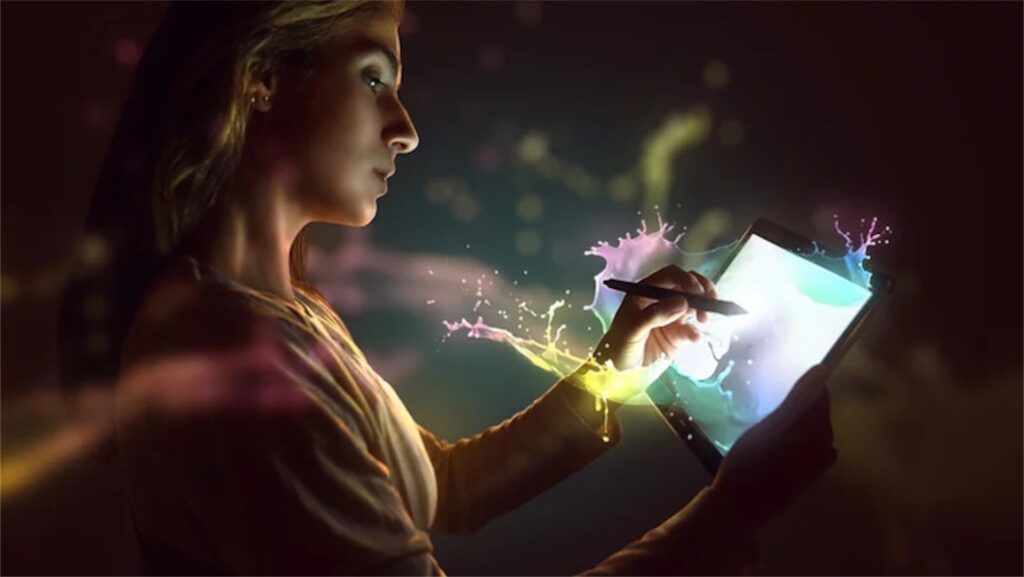 With 2030 VR technology, so many of your senses are involved, that your brain is much more active and involved. That means you can learn much faster than just reading about it or watching a video. You can actually live it because your brain is tricked into thinking that your own body is doing it already. Your neural networks in your brain light up like crazy and start to build the deep-imprinted patterns of learning. Having experienced the neural patterns of a top football player/musician/skier/tennis pro, your brain is already wired to start building new connections. You have had the experience for the first time the right way. Of course, you still need to practice because you need to condition your body, but you will have a massive advantage.

Just imagine if you could go one step further. What if you could also not just tune into people’s experiences, but also tune into the experiences of a robot? It’s not that far-fetched. You can already tune into the senses of a drone flying across the Grand Canyon. What if you could become the rocket that goes on tour to the moon? Or you could tune into a walking robot and visit a remote or dangerous place on earth, travel under the sea, explore the deep abyss in the Atlantic ocean, or swim with the fish on a coral reef?

Augmented reality and mixed reality will erode the distinction between the physical world and the virtual realm. We will relate to the digital world in the same manner that we do with reality. The way we interact with technology will change dramatically and computing as we know it will become an integral part of our everyday lives. It is an incredibly exciting time to be alive and to witness the birth of a new era in computing. 2030 will be here before we know it, and mixed reality will be leading the way.

Do you think mixed reality will lead to a more connected world? Or do you think it will have the opposite effect and lead to people retreating into their own little digital world? Let us know in the comments below!