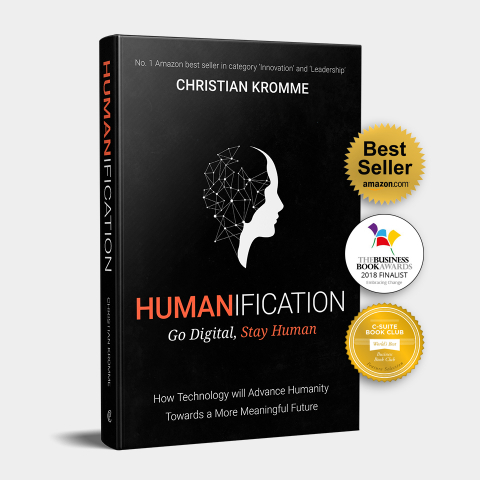 (Free copy in your mailbox)

This book explains how increasing technology will advance humanity towards a more meaningful and purposeful future.

Humanification is going to help you unlock the DNA of innovation itself, so you can apply it to your life, your business and your community.

This is a truly remarkable book that no entrepreneur, leader or policymaker can afford to miss. This book shows how technology unites humanity into one big organism. This new insight will change the way you look at technology and its effect forever.

Available as e-book, paperback or hardcover 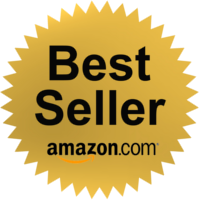 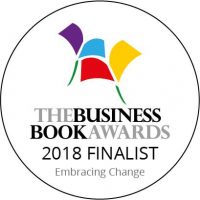 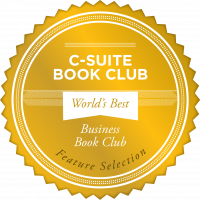 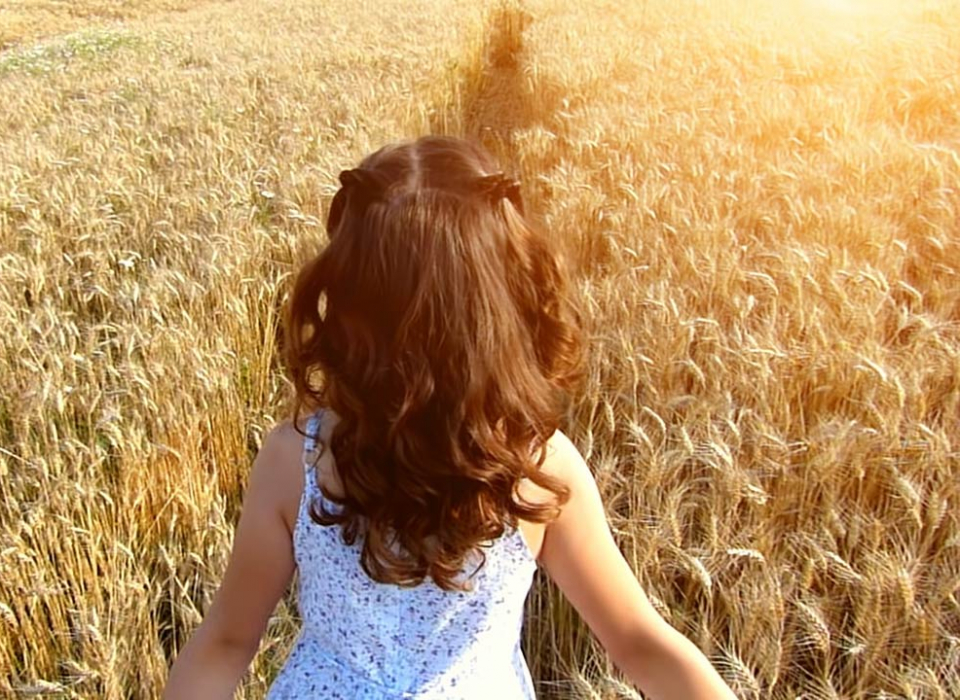 The story starts with a little girl, a terminal diagnosis and a ticking clock. Join the author as he searches for a cure. Along the way you will discover the seven powerful forces of innovation that are going to change everything in your world within your lifetime. Through a series of stories, research and personal insights, the author reveals how he came to see the world from a totally new perspective.

This new advantage point allowed him to uncover a unique wave pattern. Incredibly that wave pattern turned out to be a blueprint for just about every disruptive technology breakthrough. Christian Kromme also made another remarkable breakthrough. He discovered that our manmade technology follows exactly the same evolutionary steps as life itself.

Featured in the Media 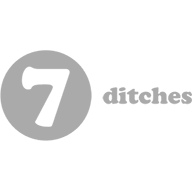 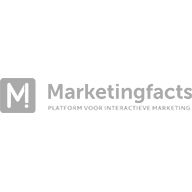 "Superlatives cannot begin to describe this book. It is that good. Any leader or aspirant leader that fails to read it may well regret it (by 2024). Humanification by Christian Kromme will not just be on the best seller list, it will be the "best seller". In searching to find a cure for his terminally ill daughter, Christian discovers the link between technology and biology. This story of humanity gives the book a unique human flavour so many books on technology lack. Christian Kromme has mastered the art of taking research and presenting it as a story of a future world. "Maybe not such a bad place to be."Imagine being able to predict the next wave of technology. A bit like having a "genie in your pocket." If you don't want to know, then you are welcome to follow the pack and pick up the pieces that have been discarded by the innovators who are armed with a predictive power that the author provides with alarming clarity."

"The vision in this book is elegantly simple, like most brilliant ideas are. It captivated me from the beginning , answered many questions I had, raised questions I never thought of and changed my perception on how technology will further change our lives and our societies. And how soon!... I recommend this reading to people from all backgrounds, we all benefit from the valuable insights the author is sharing. We don't need to be tech experts to fully understand it. The concept of Humanification is nothing shorter than inspiring."

"Excellent book to get a perspective on technology’s evolution during today digital environment. An interesting and fascinating presentation of how disruptive technologies evolve because they feel right and natural to the consumers. Exemplary resource to use in business development for predicting a market using patterns and parallels between biology and technology. I recommend the book to everyone to understand why innovative technologies are growing “exponential”."

"Love every bit of it. The comparison between human nature and the developments in technology are great. Gives great insights into what the future may look like. Many real life stories and 1 very personal one are shared in this book. I really like to first chapter which is totally in line with my personal thoughts and thinkings which I use everday in my inspiration keynotes and workshops with customers."

"Christian has written a really important book at any stage since the technology revolution but now seems even more timely given the research that technology is going to be taking many jobs as it helps put things into perspective, and shifts the conversation to how technology could assist us in becoming more human as opposed to a foe to be defeated."

"An interesting and dynamic book to read. Inspiring."

"Technological advancement is not sci-fi, it's a fact. Seen from that perspective this book is not telling something new, what is new is the way of thinking about it. Technology is much closer related to nature than what the common believe is and that is exactly what this book describes. Humanity shouldn't look at technology as something that is happening to us which we don't have under control, but embrace it as part of us, because it is. This point of view, supported by plenty of proofpoints, makes technology feel less 'sci-fi' and something to be scared of. Read this book, relax your mind and get ready for the future by embracing it."

"A lot to consider in this book. Predicted changes in technology & way of life. Businesses & organisations will need to adapt or become dinosaurs. Human thinking will need to evolve as well. The idea of sharing assets & resources in a communal way has a lot of room to improve. Governments & those who control the banking system will be worried to have control in the people's hands. Perhaps they can evolve too. Be good to see how experiments with UBI (universal basic income) work out. Definitely space for discussion & collaboration!"

"I like this book so much. We have to be aware that the change every time is so fast. Every industry and every business are going to be digital. Faster than you think. The key is to anticipate to those changes, anticipate the future."

"Truly enjoyable and thoroughly thought-provoking read! At a moment in time when the loudest voices discuss a potential "AI threat" and the imminent "death" of the (human) professional, this book presents a much needed optimistic, alternative perspective. Suggested paralells between technological development and various natural processes are spot on!"

"This was a very insightful read and I really enjoyed it. I recommend this book to all people in business who'd like to predict the future more accurate."

"Welcome to the age where brands are not longer alone, if they really want to succeed they have to become more human. A great book about technology and sociology mixing together. A must read for marketeers"

Show more Reviews
Download your FREE copy of the E-book

Christian Kromme is an experienced entrepreneur and futurist speaker in the area of exponential technology, disruptive innovation and strategy/vision development. During his presentations Christian takes his audience on a tour through our exponentially changing world in which more and more disruptive technologies and business models provide a big shift toward consumers and smart communities.

Focus on Technology and Human Behaviour

As a tech-entrepreneur Christian has participated in several successful ‘disruptive’ start-ups, often spin-outs in completely different industries but always focused on the interface between humans and increasing technology. In 2002, Christian founded his own agency that helped organisations like: Shell, Randstad, Essent, Endemol, Corio, Eyeworks, ABP, Oracle, Philips, Toyota, Auping, Adidas, Rabobank to dramatically increase their rate of innovation.

Throughout the years the agency and Christian received several nominations and awards for its innovative vision and human-oriented approach, including Shell LiveWIRE Young Business Award, SAN Award, Broos van Erp Prize and many others. In 2014 Christian sold the agency to a multinational and started to focus on his passion, giving inspirational sessions on disruptive innovation and exponential technologies. 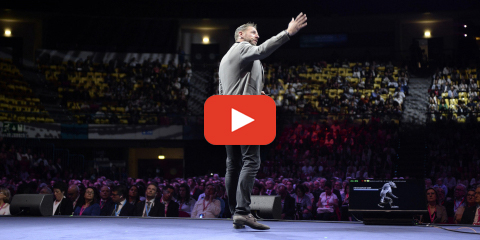 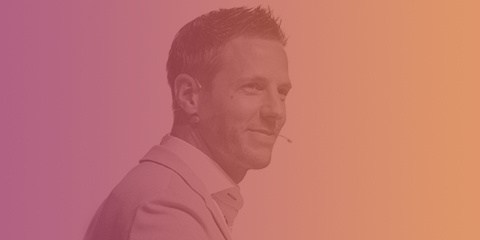 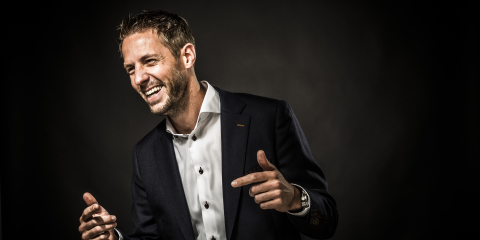